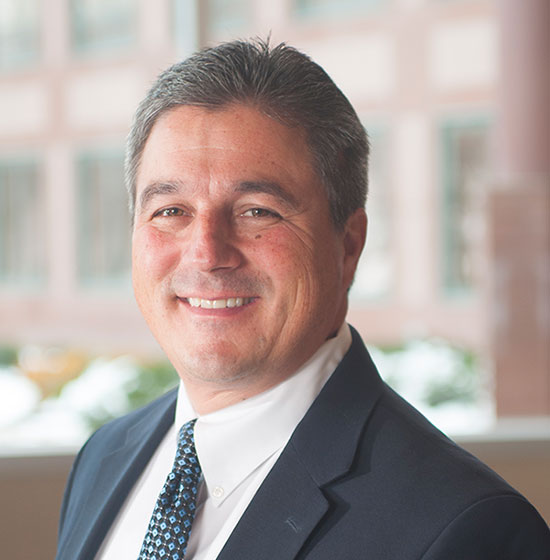 On April 22, 1970, U.S. Senator Gaylord Nelson launched the first ever Earth Day. It was wildly successful, with thousands of elementary, secondary and post-secondary schools participating across the country.

Soon, what began as an event had grown into a movement and, in 1990, Earth Day organizers took the concept international. That year, 200 million people across 141 countries, participated. For many environmentalists, 1990 was a landmark year.

It was also the year that a tiny, seemingly inconsequential photograph was taken.

That was the year that the Voyager I space probe was nearing the end of its primary mission, have reached and photographed Saturn. As the probe sailed farther and farther away from our planet, Carl Sagan, the celebrated American astronomer, had made an odd request of NASA. He asked that Voyager’s camera be turned around, to face backward, toward the earth.

Sagan fully realized that any photograph of earth taken from 3.7 billion miles away would be of no scientific value. But he was seeking perspective, he said. He hoped for some photographic record that could illustrate how our world fits within the context of the universe.

On Valentine’s Day, 1970, that photo was captured. Sagan titled it Pale Blue Dot.

Whether you have never seen the photo or you have studied it a thousand times, Earth Day is the perfect day to take another look. It simultaneously captures how very tiny we – and our world – really are, living “on a mote of dust suspended in a sunbeam,” as Sagan later described earth. But the photograph also awakens our awareness of how earth is all we have, at least for now. It accentuates how very bright, yet fragile, our earth really is.

Most of the time, most of us are so busy, often overwhelmed, by the enormity of our careers, businesses, family responsibilities – and our own exhaustion – that the idea of tackling “environmental concerns” or “climate change” can simply feel like a bridge too far.

Yet, as we at SkyWater Search Partners are rediscovering, each of us does have the power to take better care of the earth, and each other.

In reality, everyone on our leadership team has always been passionate about nature, the environment, and our community. In fact, when we first launched the company, our first order of business was moving our headquarters to Carlson Towers, to ensure that every employee had easy, everyday access to walking trails, views of the pond, and fresh air.

Still, the truth is, we were stocking our break room with plastic bottled water, using plastic silverware, and not giving much thought to our commuting habits. Why? Because it felt easier that way. We fell into a kind of “that’s what everyone does,” mentality.

This year, we’re embracing Earth Day the way it was intended: as a movement, not a one-day event. This year, we’re making changes, not just to a handful of practices, but to our thinking and our decision making whenever we face choices that might impact our environment and our earth.

And we invite you to consider some of these easy, high impact, and deeply gratifying changes in your workplace.

We’ve gone back to washable, reusable cutlery and it’s not just better for the environment. Frankly, it’s more enjoyable. If you have a dishwasher in your break room, this is a no brainer. Stop buying plastic. Make a one-time purchase of basic stainless silverware and you’re done. Even when a dishwasher isn’t a possibility, there are countless alternatives to plastic that are better for the environment. Healthy, compostable alternatives include corn-derived materials. But these days, you can also try “edible” knives, forks and spoons. You don’t really eat them but you can eat off of them knowing they’re not harmful to you and that they’ll biodegrade rapidly once discarded.

#2.) Ditch the Plastic Water Bottles, too.

At SkyWater, we recently broke the habit of stocking the fridge with all those little bottles. Today, we have cooler that makes it easy for each of us to refill our own cups, glasses or reusable bottles. Honestly, it tastes better and feels so much better, knowing how radically we’ve reduced our contributions to plastic waste.

We do this at SkyWater and strongly encourage you to consider it. You’ve seen the signs along the freeways. Organizations sign up to keep a stretch of roadway free of litter by getting out there, walking the shoulders and ditches, picking up trash and debris. It’s a terrific team building opportunity, complete with physical exercise, and, because most states allow you to put your organization’s name on the sign designating your area, it’s great advertising for you, too. Signing up is easier than you may think. Adopt-a-Highway programs are sponsored by state departments of transportation. Here in Minnesota, just go to http://www.dot.state.mn.us/adopt/.

#4.) Learn the Recycling and Composting Rules – and Follow Them.

Every community has slightly different rules about the recycling and composting they’ll take off your hands. Find out what they are, then make it easy for everyone to comply by the right bins beside every single trash can. We were excited to learn that this month our building took the first steps in preparing to offer compostable waste options along with the usual garbage and recycling pick-up services!

#5.) Switch the Lights and Switch Them Off.

Try to access natural sunlight as much as possible. This might takes some extra planning, and practice if you’re used to keeping the shades down and turning on all of the lights. For those hours when additional lighting is necessary, make sure you’ve switched to energy-efficient bulbs. While fluorescents might use up to 70% less energy than incandescent, LED’s can use up to 80% less.

When is the last time you checked into the public transportation options between your home and your workplace? If it’s been a few years, check again. Things have likely improved and you may have more options than you thought. If you don’t, when is the last time you hopped on your bike? We now have a few team members here at SkyWater inspiring the rest of us to do just that. Think about it this way, for each day of out of each week that you don’t drive your own vehicle to work, you reduce your gasoline pollution by 20%.

#8.) Proceed with Intention and Optimism.

Do we believe that we, single handedly, will change the world? Not always. Do we still find the concept of “saving the earth” so burdensome that frankly, we’d rather not think about it? Well, sometimes. But then we think about our place and our power here, on our tiny, fragile, pale blue dot. We think about how many heroic changes have already occurred since that first Earth Day: bald eagles were brought back from the dangers of extinction. Gray skied cities have returned to a brighter shade of blue. Then we’re energized again, excited about being part of the next wave of heroic change. And we invite you to join us and share your own stories of workplace alterations that celebrate our earth.