Congratulations To Our Employee Of The Quarter, Emma Ishol! 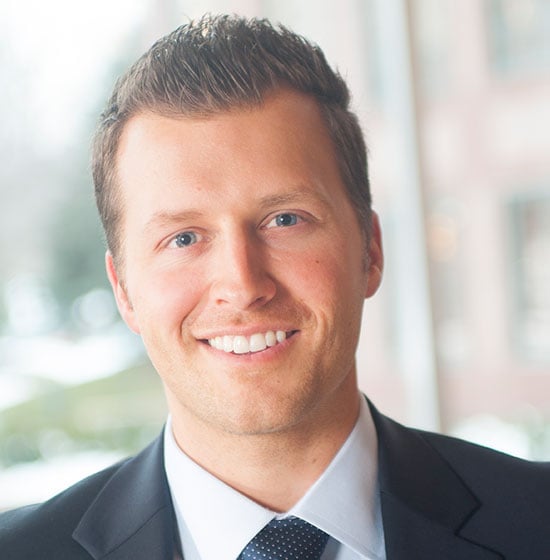 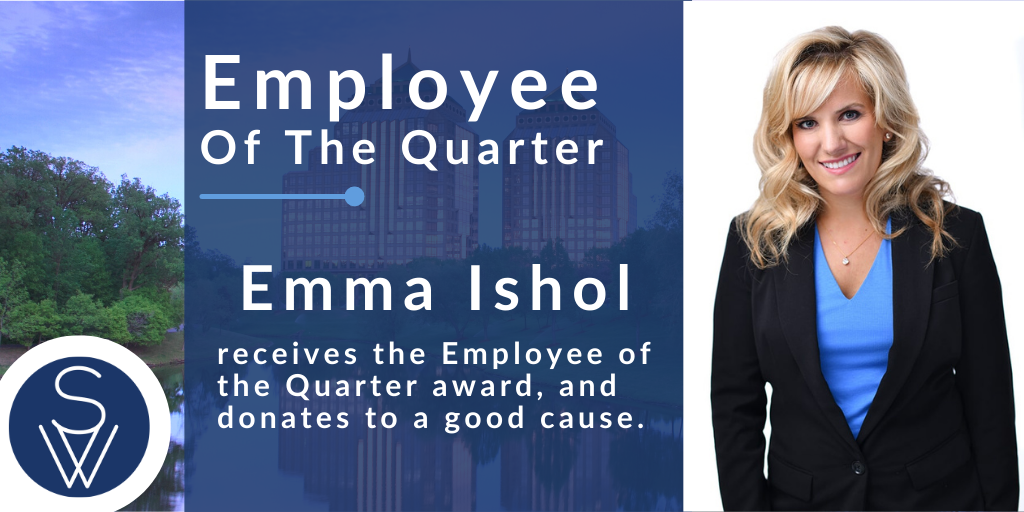 As part of our commitment to our communities, SkyWater Search Partners has developed an Employee of the Quarter Award. Each quarter, we honor a top-performing team member by making a substantial financial gift, in their name, to a nonprofit organization of their choosing.

This quarter, we are extremely proud to say…

Emma knew instantly where she wanted her gift to go: K9s for Warriors.“I’m a long-time supporter of K9s for Warriors,” says Emma, who sees this award as more than a generous financial donation. “This is a fantastic opportunity to spread the word about the work they do in saving the lives of military veterans by matching them with service dogs.”

“My family was very affected by 9/11,” explains Emma, who was living in Washington, D.C., and connected to several people who were lost as a result of the attacks. “We went to so many funerals,” she says, recalling how she watched the experience change people’s lives forever. “I saw how it motivated so many people to go into military service.” Since then, she also became aware of the many different layers of the sacrifice our service members make on behalf of us all. “The rates of trauma and suicide among returning veterans are just shocking,” she says. Indeed, according to the U.S. Department of Veterans Affairs, approximately 20 veterans lose their lives to suicide every day.

Emma also had the chance to see, first-hand, how a carefully trained and matched canine companion can make a powerful difference. “My college roommate was dating a man who joined the military. After he stepped on a landmine and lost his leg, K9s for Warriors matched him with a dog, and what a difference that has made in his life.” Today, he and Emma’s former roommate are happily married with two young children.

From humble beginnings, a track record of saving lives

K9s for Veterans was founded in 2011 by the mother of a returning veteran who was struggling with PTSD and found solace in the companionship and support of his dog.  On a mission to save the “lives of both veterans and rescue dogs” by designing a program based on scientific research, she started the organization by using her own money, time, and passion. Today, K9s for Warriors is the largest provider of service dogs for veterans in the nation and the largest “shelter to service” program in the world.

Returning veterans with a diagnosis of PTSD (post-traumatic stress disorder), MST (military sexual trauma), or TBI (traumatic brain injury) begin by completing an application, going through rigorous interviews and screenings to ensure the right matching decisions are made. If they are matched, they then meet and bond with their dog during a three-week, on-campus training program before returning home together. While most of their dogs are rescues, the program also accepts donations under certain circumstances. Each dog is carefully selected, trained, and matched to its warrior based on the temperament, personality, and needs of both veteran and dog.

An opportunity for all of us

“It’s so important for people of our generation to understand the price our veterans pay for us to make it part of our lives to support them,” says Emma, who describes herself as someone who loves people and loves dogs. “One of the things I love about SkyWater is knowing that this is a team that really is committed to doing the right thing. With this award, my team gets to support an organization that truly saves lives.”

On behalf of all of us at SkyWater, congratulations again, Emma. Thank you for educating us on K9s for Warriors. We are proud to join you in supporting them.